KEGOC determined the groups of stakeholders identified jointly with all structural divisions of the Company, as well as the degree of their influence on the achievement of the Development Strategy goals and the exposure to the impact of the Company’s activities on them on a five-point scale. At the same time, when summarizing the analysis, special attention was paid to the opinions of ‘experts’ that is structural units that directly interact with specific groups of stakeholders.

KEGOC is engaged in continuous open dialogue with them and regularly discloses information relating to KEGOC, including sustainability. The Company approved a Stakeholders Map, a Communication Strategy that defines the main channels of interaction, as well as a Communication Plan with all interested parties, which is developed annually in support of the Development Strategy implementation. 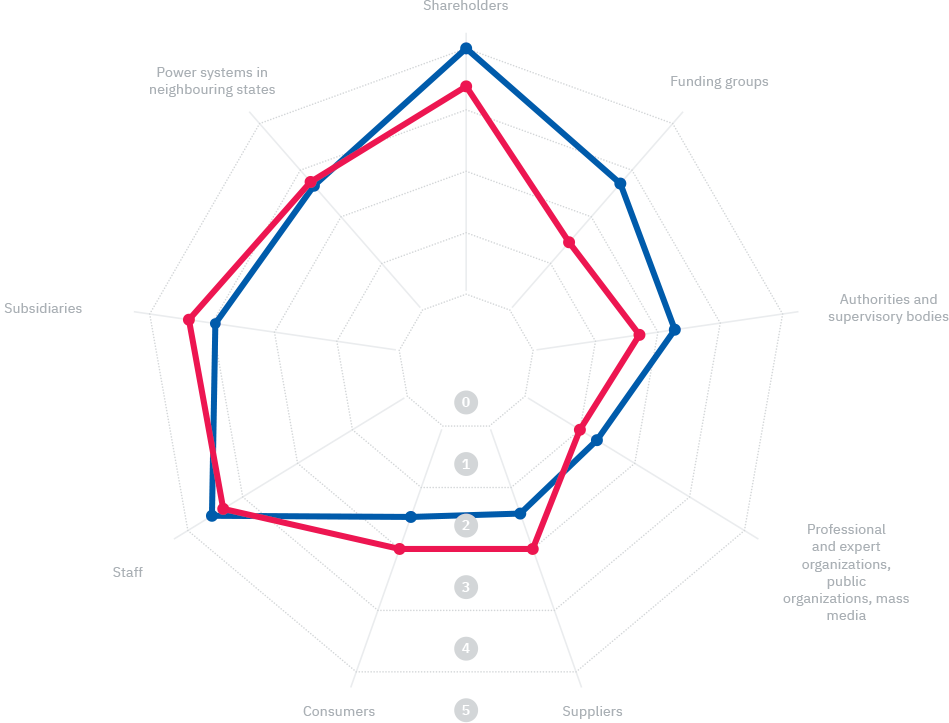 To define most relevant topics to be disclosed in this Annual Report an evaluation survey was conducted based on a five-score scale of external stakeholders: consumers of KEGOC services (48 organizations), internal stakeholders - employees of the Company (165 people), and shareholders (109 people). Based on the results of the questionnaire, 17 topics were identified that were most interesting to KEGOC stakeholders and that influenced them (with a rating above 4.0). These topics were evaluated by the Coordinating Council for Sustainable Development and IMS and identified as material for disclosure in this Annual Report.